Sitting is the New Smoking

We all know smoking is bad. Even people who smoke know that they aren’t doing the healthiest thing for their bodies. It’s 2017, so we all understand that smoking kills your lungs, your brain cells and lowers you life expectancy. We all know this right? You might even judge those who smoke, thinking, “how could you possibly do something so bad for your body when you know it’s so unhealthy?” What if I were to tell you that you are doing something bad for your body EVERY SINGLE DAY! How many hours a day are you sitting around? How many hours are you choosing to sit and watch television rather than move around. Sitting really is the new smoking.

Technology is awesome. We all have benefited positively from the creation of modern cell phones, television, computers, tablets and even gaming systems. Have you thought about how much you have been hurt from these modern technologies? How often are you choosing to watch a show, play a game, or scan social media rather than move around (I of course say this as I am sitting down typing: the irony is not lost on me). It is time for you to really contemplate how often you are choosing to sit around and flip through your Facebook rather than going on a walk!

Why is sitting so bad?

At this point you might be kind of worried because you catch yourself sitting quite often. I know many people who have cubicle positions where they are expected to sit and stare at a computer screen for 8 hours a day. Well, just because you have this kind of job doesn’t mean you are destined to get a disease and die an early death. There are ways to combat sitting for long periods of time. 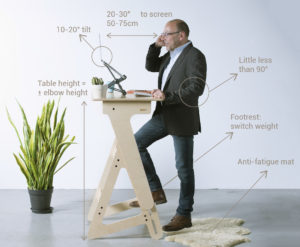